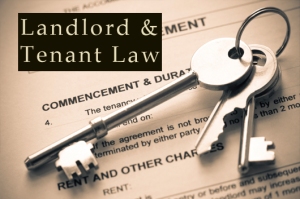 Did you know that Alberta has no residential rent control?   And British Columbia landlords can increase rents by the rate of inflation PLUS 2%?   In Ontario, the Landlord and Tenant Board sets annual rent increases.   For 2014, the rent increase was a mere 0.8% and for 2015 the rents can only be increased by 1.6%.  Anyone that’s bought a rental property has probably been following these rules for years.   An increase of 2.2% over a 2 year period sounds great if you are a tenant, but somewhat unfair if you are landlord.

Now, what if I told you there’s a good chance your PROPERTY IS EXEMPT FROM ONTARIO’S RENT CONTROL RULES?  Meaning you can increase the rents as high as you like.   According to the Ontario Landlords Association, more and more properties are becoming exempt from Ontario’s rent control rules.

In an article posted on February 22nd 2014, the OLA says that your property could be exempt if your property was built or  your rental units came onto the market after 1991.  In smaller communities, where rents usually just increase with inflation, this isn’t big news.  But for Landlords and Tenants in active markets like Toronto, this is time to sit up and take notice.

Toronto’s residential vacancy rates have been hovering at a ridiculously low rate of just 1% for many years.   This could translate into potential higher rates at the end of your lease.  I say ‘could translate’ because there is no guarantee your landlord will jack up the rents by 10% or 15%.. although it would be within in their right to do so, if their property qualified.   Most landlords will raise rents to cover inflation and costs.  Some will take it to the market and go with the highest bidder.   The point here is, Consumers need to be made aware.

TENANTS HAVE OTHER OPTIONS.

Over last 10 years, I’ve had many first time buyers come to me for a mortgage approval because their rents went up by 10% or 15%.  They figure, it’s better to take control of their housing costs and would rather buy.   With today’s record low mortgage rates, it makes sense.   Some buy a house, some buy a condo.  Others buy a house with a basement apartment to help  with the mortgage payments.   In the end, most buyers are happy to be in charge.  Imagine paying $1500/mth in rent today, and then being asked to pay $1750 in a few months?  Not a pleasant scenario.

LANDLORDS AND PROPERTY INVESTORS HAVE A CHOICE

As mentioned earlier, most landlords won’t hit you with a monster increase but in some cases, that increase is warranted.  Here’s a case I came across recently.  An investor owned a townhouse and was collected $1430/mth in rent (just outside Toronto by the way.. those rents would be double in TO.).    The existing tenants were occupying this house for 6 years.   They were good tenants.  Always paid on time.  Kept the home neat and tidy.  But the owner wasn’t aware that his property was exempt from the Rent Control rules.   The market rents on the home were $1750/mth.   He approached the tenant and asked for $1650/mth.   The tenant refused and gave their notice to vacate.

While the investor was sad to see a good tenant go, he put the house for rent and quickly rented it for $1735/mth.   The investor is now earning over $3,000 more per year.  And he will continue to increase rents based the quality of the tenant and what the market will bare.   While he does miss the previous tenant, that $3,000 per year is easing his pain.

FOR ALL THE PROPONENTS OF RENTING VS BUYING

There’s a lot being written these days by high profile individuals that have sold, taken their profits and are now renting.   The theory is that it’s wise to take the profits today, park the money or invest in stocks or other types of investments, and then maybe come back and buy when the real estate market crashes.  They argue that interest rates are at record lows and can only go up.  And once they go up, it will be harder to pay the mortgage.  That’s all true, except, we’ve heard that story for the past 6 years… and it hasn’t happened…!  How much have these people lost by selling 6 yrs ago?   (it’s around 65%, by the way).  And how much have their rents increased by?

We all have different needs, wants and risk tolerances.  And this strategy could be right for many of us.  But for those on a budget, that are renting and are able to buy… you could have a better option…  If you happen to be in a property that was built after 1991, and located in a high demand city like Toronto, I would warn you to be careful about how you budget for your housing costs.  You could be facing a surprise increase that’s well above Ontario’s Rent control rate of 1.6% for 2015.

(Another by the way… interest rates for my clients have averaged around 2.60% over the last 10 years… with rates being as low as 1.35% and as high as 3.79%…what will the next 10 years bring for rates?  The govt is on record saying they expect rates to be low for some time to comes…  )